On Friday, 19 July, professor Nick Ellis from the University of Michigan delivered a talk titled
– Understanding Language and Learning: Theoretical, Methodological, and Cultural
Developments in Applied Linguistics, at Rikkyo University in Tokyo. The event was hosted by
JALT’s Tokyo chapter, and we were happy to co-sponsor the event alongside the West Tokyo
and Yokohama chapters. Professor Ellis is an esteemed and notable scholar in the field of
cognitive linguistics, as well as other related areas, and opened his presentation by taking
the audience on a journey through his lengthy career. Professor Ellis then described
important changes, trends and insights regarding second language acquisition research, and
their implications for researchers and research. Focussing primarily on quantitative studies
into cognition and language learning throughout his talk, professor Ellis concluded by
discussing the expectations of scholars currently working in the field, by explaining about
the open access and open data movements in modern academia, and the increasingly
demanding rigours of conducting reliable, significant and empirically sound studies.
Professor Ellis also talked about some of the figures in our field who are best placed to
bridge the gap between researchers and teachers, and also offered some ideas on potential
areas that need further investigation and research. We would like to thank Nick for his
presentation, the hosts at Rikkyo university, as well as the three chapters who co-sponsored
this event. 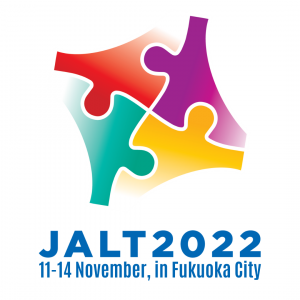 🎤 PanSIG2022 planning and preparation is underway. For those who want to present, JALT extended the deadline until 1/10 (tomorrow). Whether you come as presenter or participant at the PanSIG, we look forward to you watching our TD SIG Forum 👍🏼 #JALT2022